Numerous puzzles, math problems, brainteasers, and tricks circulate the internet these days, as people love when their wit is challenged. However, the image one 16-year-old girl posted online confused literally everyone!

Namely, back in September 2019, Bella Lack posted a photo to Twitter and challenged netizens to spot the leopard in it.

She captioned it as follows:

Someone just sent this to me and asked me to find the leopard. I was convinced it was a joke… until I found the leopard. Can you spot it? pic.twitter.com/hm8ASroFAo

People could not believe their eyes!

Take a look at it yourself! Can you find the animal in the picture?

Trust me, a leopard is hiding in it! 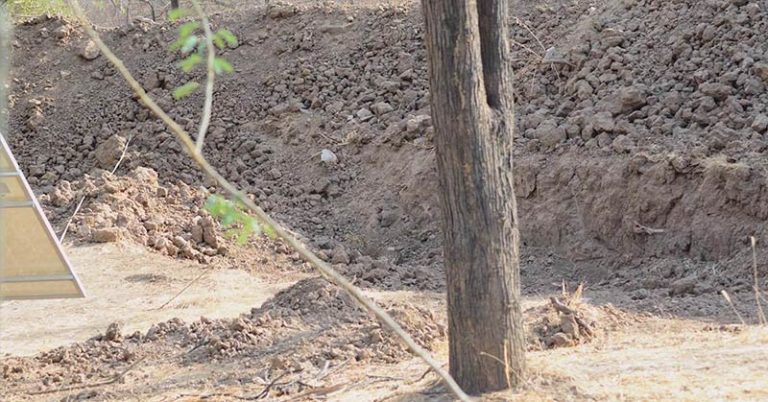 Just like you struggle to spot it, thousands of people online could not find the animal, and the image quickly went viral.

Photographer Hemant Dabi took the photograph, and while the leopard is lying there, waiting for its prey, the only thing people saw in the image was plain dry land with a shallow ditch.

Some got seriously frustrated.

“Someone please pm me the answer. I’m gonna go crazy if I stare at this dirt anymore.”

The post helped Bella catch much attention online, and she added:

“PLEASE DON’T POST THE ANSWER so others can have a go. Thank you. :).”

Unfortunately, many of them didn’t listen to her request and reposted the photo with a red circle around the leopard.

The easiest way to see it is probably to zoom the photo. Now it is there, isn’t it? It mixes perfectly with the brown background.

Leopards don’t change their appearance but they do find the perfect standing point to match their coat. This leopard is entirely camouflaged in the rocky terrain.

Some claim it is a jaguar, but the cat does not have the big muscles of a jaguar and the jaguar dot in its spots.

These elegant big cats live in Southern Africa and Asia but are listed as critically endangered.

Their population is dramatically reduced as a result of poaching, habitat loss, and human pressures. Their skin is quite expensive, so it is sold on the black market.

Bella motivated wildlife lovers to join the Born Free Foundation and adopt an endangered leopard. The non-profit “works to protect leopards from the threats they face, both in the wild and in captivity, rescue individual leopards from suffering and exploitation, and provide them with lifetime care.”

Someone just sent this to me and asked me to find the leopard. I was convinced it was a joke… until I found the leopard. Can you spot it? pic.twitter.com/hm8ASroFAo

You Really Can Die From A Broken Heart – Cardiologist Explains